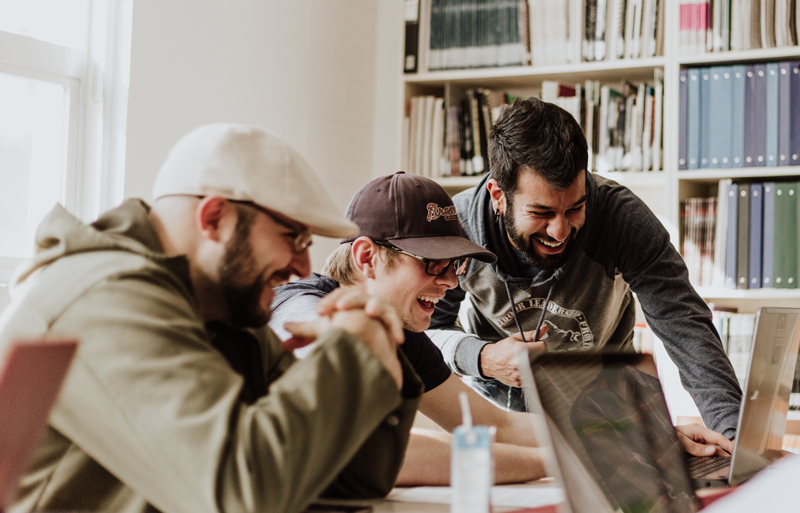 How to Make Work Fun When Management Isn't

The daily grind. Mondays, am I right? Back in the squirrel cage. The slog. Drudgery . . . Work.

I have had several jobs in my life now, with varying degrees of fun (testing video games, ironically, was one of the least fun jobs I’ve had), but with many of them, there was this sneaking, never-said-out-loud-but-always-there feeling that fun equals bad. Even at places that claimed to have “great cultures.” There’d be moments of levity, but when the boss was around, you could feel it, like mice towing the line the moment the scary (and bell-less) cat shows up.

You’re going to spend most of your adult life working. Play is how you balance this out.

For me, every job that scored lower on the “fun spectrum” also got the least out of me. My productivity and the quality of my output were adequate, but they weren’t great. When given the chance to play and have fun, I excelled. This isn’t a coincidence, and it isn’t true for just me. We were born to work. But we were also born to play. You’re going to spend most of your adult life working. Play is how you balance this out. Play is how you can come home from a long day of work and still be able to give your family your best.

Some organizations (read: managers) don’t seem to get it. They make me feel like this:

It doesn’t have to be like this. You can make work fun. But if you’re sitting around waiting for someone else to make work fun, you might be sitting for a while. If you want to start looking forward to Mondays (and every day of the week), here are some ideas to get things going.

The first thing you need to do to create a fun work environment is find allies. There’s only so much you can do by yourself, especially if the “big dogs” aren’t very playful. These allies don’t have to be friends, per se. You may never hang out with them outside of work, but you can recognize their joie de vivre and their je ne sais quoi and any of their other french-sounding qualities. You’ll know them when you see them.

The first thing you need to do to create a fun work environment is find allies. This is your army. Fun is your weapon.

Allies will naturally present themselves after you’ve been at any organization for a while. These are the “funzos” (as I like to call them). These men and women are going to be your allies. They are usually loud, charming, friendly, warm, inviting, and only slightly obnoxious. People tend to gravitate toward their desks. They delightfully derail meetings, but generally no one seems to care.

This is your army. Fun is your weapon.

When I was working out in California for a dot-com (which are supposed to be fun, right!?!?!), the culture there reminded me of an aviary filled with sad birds. It was sad. Management didn’t care. In fact, this was the old-school style of management that thought fun was the natural predator of profitability.

So what did I do? I started a grassroots organization called The Donut Club. I sent a company-wide email (without permission—take that!) to test the waters and see who would be interested. About half the company signed up! I collected five dollars a month from everyone in the club, and every Monday I personally bought donuts for everyone in the club. Someone even made me a badge: Donut Sheriff (which I wore because I ain’t too cool for school).

If too many folks are gluten-free in your office, then organize other things. Have a monthly potluck. Start a baking club and take turns bringing in sweets. Have fancy coffee tasting parties. Start a food-themed book club. Find your thing, and people will follow! 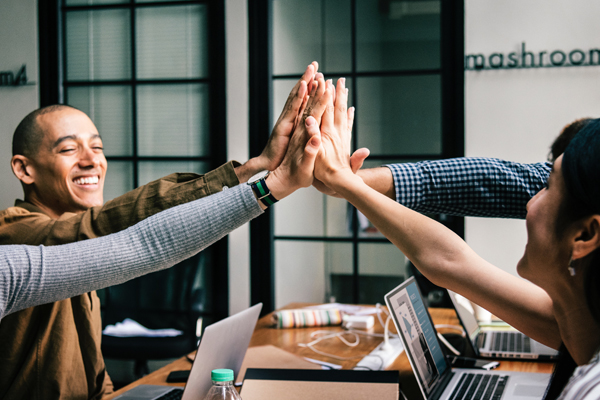 Another grassroots initiative I personally started at the dot-com in Cali was Western Wednesdays. I wore a cowboy hat and cowboy boots every Wednesday and encouraged others to do the same. I also invited anyone who wanted to join me to a Western-themed restaurant down the road in Hollywood. They had great fried pickle chips.

I carried on the Western Wednesdays tradition at my ad agency in downtown Cincinnati . . . but it didn’t catch on, and after eight weeks I hung up my boots. Some people just don’t know how to have fun!

I’m a nester. While a lot of my coworkers like to get up and work at different, cozy places around the office during the day—in shared areas with couches and high-tops—I prefer my office. This means I spend at least seven hours per day at my desk—35 hours per week; 1,680 hours per year; 75,600 hours in a lifetime (that’s almost nine straight years of my life spent at my desk!). Needless to say, it’s important to have a fun, vibrant desk that reflects who you are. Personally, I believe that as long as everything is family-friendly, a desk cannot be over-decorated.

Desk-decorating contests are another great way to mix things up with your coworkers. A few times per year (and especially for Christmas), you can encourage your colleagues to decorate their desks with certain themes, and then give out fun prizes to the best (and worst) desks.

At the end of the day, a job is only as fun as its people. If you have people who are willing to make the office fun, then the office will be fun.

I can’t take credit for this one, but I can say that I am a two-time champion (and I only participated in three tournaments). I can also say that in the year that I lost (my first year participating), my attempts to alter my Hot Wheel resulted in some sweeping rule changes—which I am almost more proud of than my victories. Almost.

Basically, you set up those little orange tracks for a straight downhill run—two of them, side by side. You use a ruler (or something straight and flat) to hold the cars in place at the top, then lift the ruler so the cars start at the same time. By our third year, we had a photographer at the finish line taking video so we could check the footage for photo-finishes . . .

Want to make things more interesting? Race for pink slips like we did. This meant that when you won a face-off in this single-elimination bracket-style tourney, you kept the Hot Wheel that you defeated. My third year (and second championship), I scoured the Internet and found what most believed to be the best downhill Hot Wheel racer, then bought it on eBay for seven bucks. I play to win! 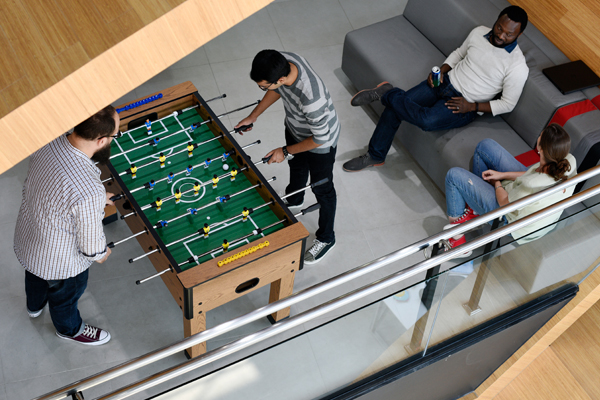 Music is a great way to liven up a boring office environment. The problem is, everyone has such differing tastes. This usually leads to headphone mania. When everyone’s got headphones on, interaction only happens occasionally and predictably. There is no more spontaneity. Relationships are at the core of fun at the office—shared experiences—which cannot thrive when everyone is in their own little world of pop rock, jazz, rap, or heavy metal.

Relationships are at the core of fun at the office. Shared experiences bring us together.

One way around this is to let everyone in earshot have a say in what gets played. Let everyone pick one Pandora station, and then shuffle all of them together and let the algorithm decide. Or, let everyone pick their thirty favorite songs and create a Spotify playlist.

On Fridays, rotate “Guest DJ” and let that person play whatever they want. Trolling is strongly encouraged (e.g., I played nothing but Collective Soul songs for three straight hours . . .).

I’ve been at jobs that encourage taking breaks (or even force them), but the cultures in each of these offices made it feel like you have to sit at your desk silently during your break or go outside. But . . . there is a lot you can do in a 15-minute break.

I recommend Uno. You can usually play a lively game of Uno in fifteen minutes or less. You can also play a longer game and just “pause” when the break is over and come back to it later or tomorrow or the next day. You could even play the game of Risk over months!

At the very least, you can make your lunch break as fantastic as possible. This is the one hour per day that your boss probably can’t do much about how much fun you’re having. Watch a movie with coworkers (spreading it out over a few days like when you were in high school!). Watch a Netflix series together. Play board games or video games. Go to a park. Start a band. Learn to crochet.

Usually, people spend their lunches with their own department-based cliques or they fend for themselves—eating at their desk, out, or even use the time to exercise and grab a bite while working later. Coordinating a lunch club will take some effort. Get your funzo allies involved and recruit others. Try to avoid sending an email. Emails are too easy to ignore or respond with a lukewarm “maybe” or “tentative.” Instead, ask people about joining your hour of fun face-to-face. You can also try a fun flyer. Once you have a few people on board and others see how much fun you’re having, it will snowball! 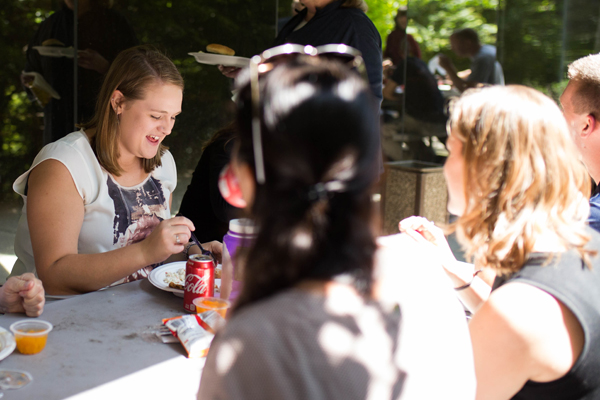 Another thing you can try is to actually convince your management to join the “Dark Side.” There are plenty of studies that show levity in the workplace actually increases productivity and quality of work and profits (just Google ‘em). But, if you get your management involved, they might be open to piloting a Fun Committee to keep things light around the office.

If your management is against the idea, start a Super-Secret Fun Committee (SSFC) with your fellow funzos and make it a grassroots thing. As long as you aren’t breaking any company policies, you should be able to get enough people onboard to start making weekly, monthly, and yearly things that make work a fun place to be.

At the end of the day, a job is only as fun as its people. If you have people who are willing to make the office fun, then the office will be fun. If not, then . . . get a yo-yo?

What I’m trying to say is that, sometimes, it’s up to you. When your managers start wondering why their turnover is decreasing, why their profits are increasing, why company morale is up, and why productivity is up . . . well, then you can ask him or her to join your SSFC. 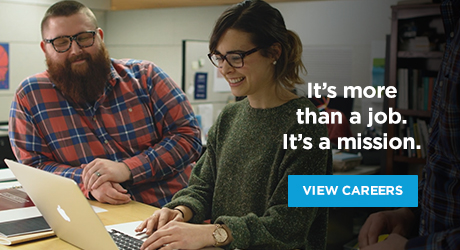 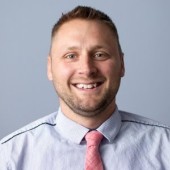 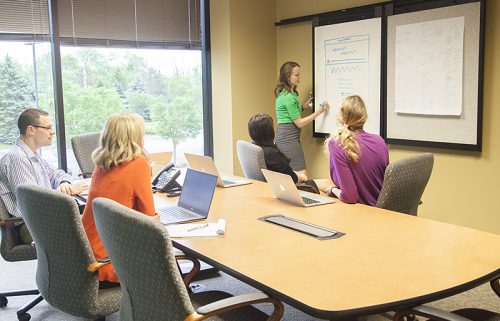 Bouncing Back from a Bad Day at Work 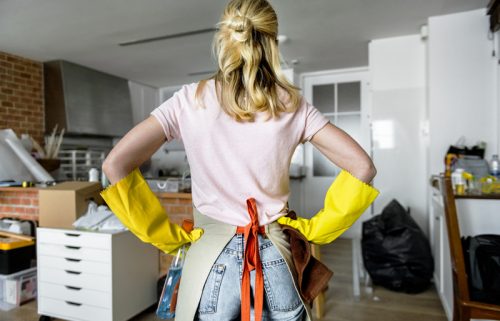 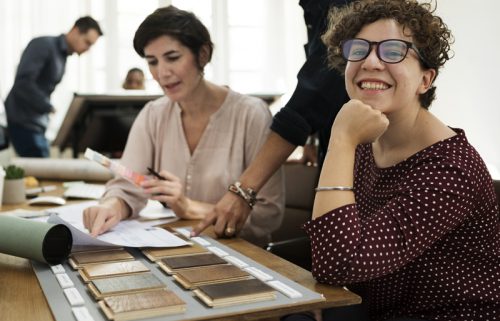