“Each moment is a gift. Each person a treasure. And in everything that lives and moves and has its being, the divine is waiting to be discovered.”

Eliot Morris is a gifted singer-songwriter who shares his talents for a greater purpose. He has met and toured with artists such as John Mayer, Counting Crows, and James Taylor, and he currently plays his soulful music nationwide at Dynamic Catholic’s Living Every Day with Passion & Purpose Events.

Eliot grew up as one of six children in Mobile, Alabama, and can distinctly remember the day his father brought home a CD player and a Motown compilation. It was this day that sparked Eliot’s interest in music, a spark that would eventually lead him not only to write and create music, but produce and sell albums throughout the world. However, during his college years, Morris chose practical study over a passionate purpose and traded his love for music for a degree in finance at Auburn University. Even still, his budding desire to write and sing ultimately turned into a career for Eliot.

In 2002 Morris was discovered by Gary Gersh of Strummer Records, a label that unearthed other famous musicians such as Nirvana, Counting Crows, and Mars Volta. Eliot recorded his first album in October 2004, titled What’s Mine Is Yours. One of his singles, This Colorful World, was used in a Crayola commercial. Despite his success, industry reorganization caused Strummer Records to drop Eliot from their label. Morris continued to grow as an artist, and in 2010, he finished his second album, All Things in Time.

Today, Eliot resides in Memphis, Tennessee, with his family. He spends his time writing songs, performing his music, and creating art.

What's Mine is Yours (CD)

All Things In Time (CD) 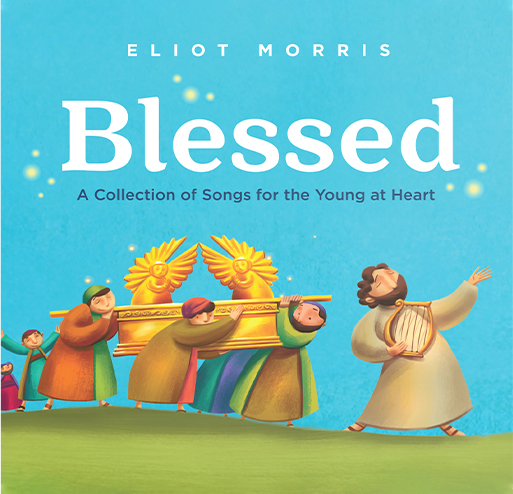 BLESSED Songs for the Young at Heart (CD)